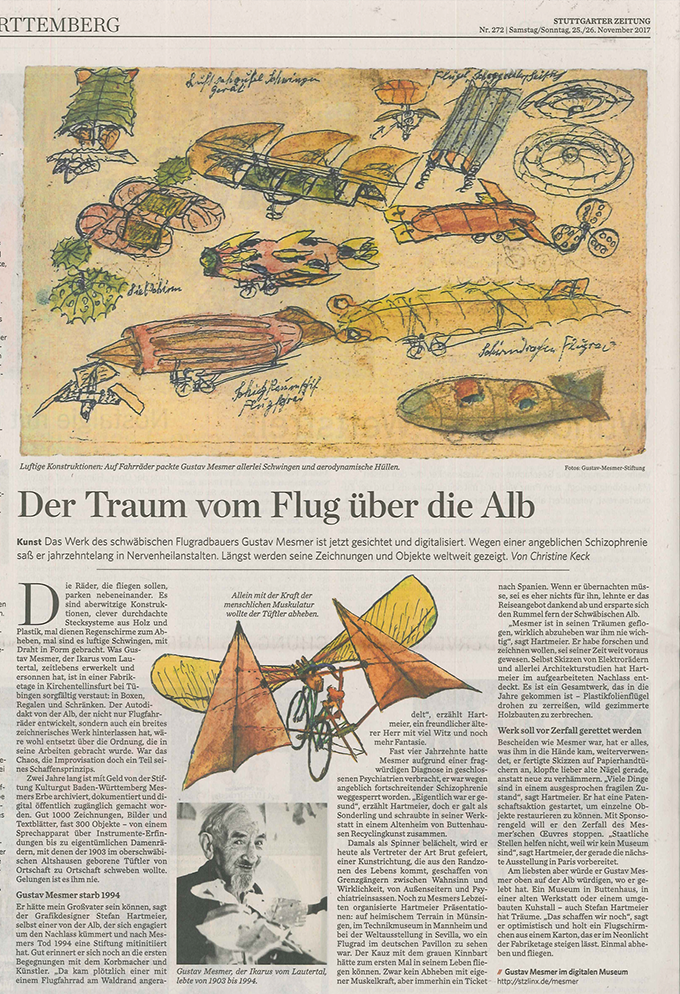 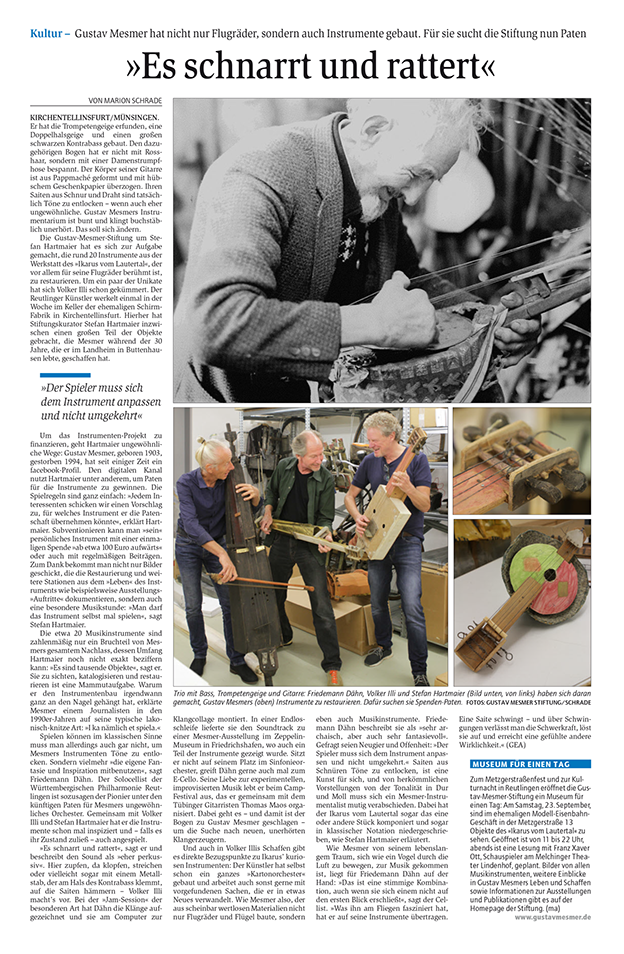 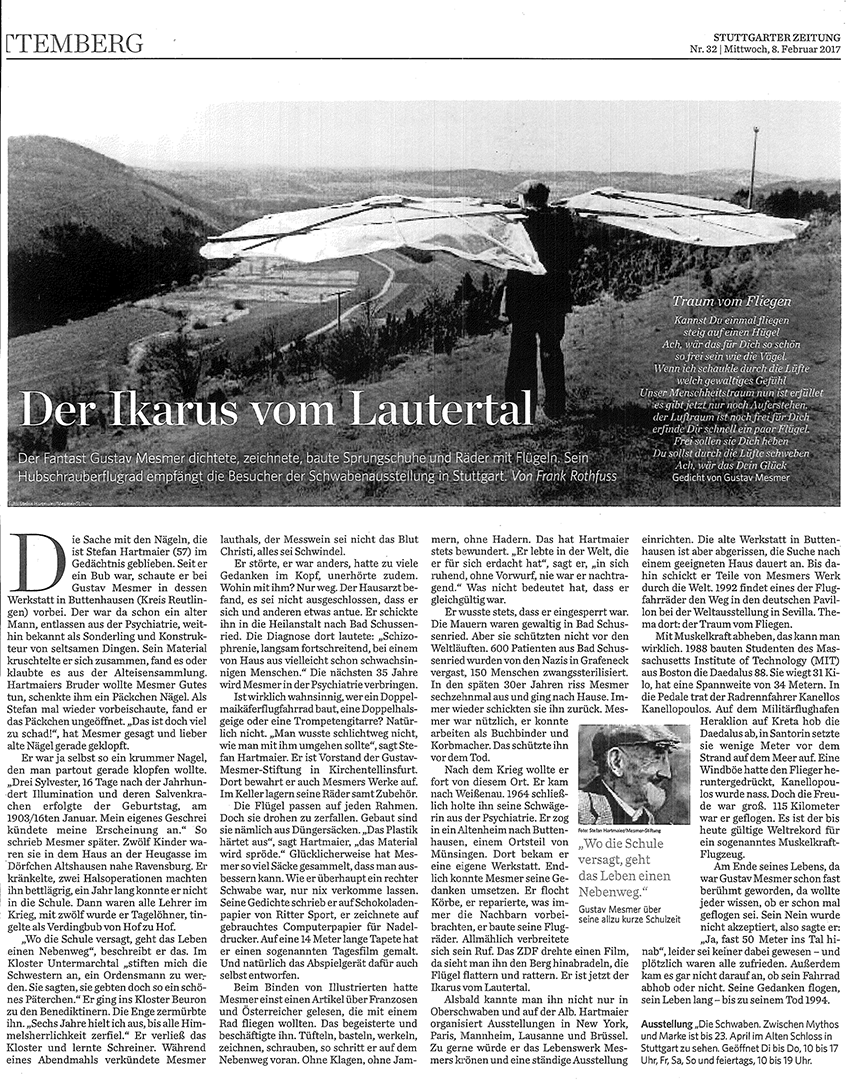 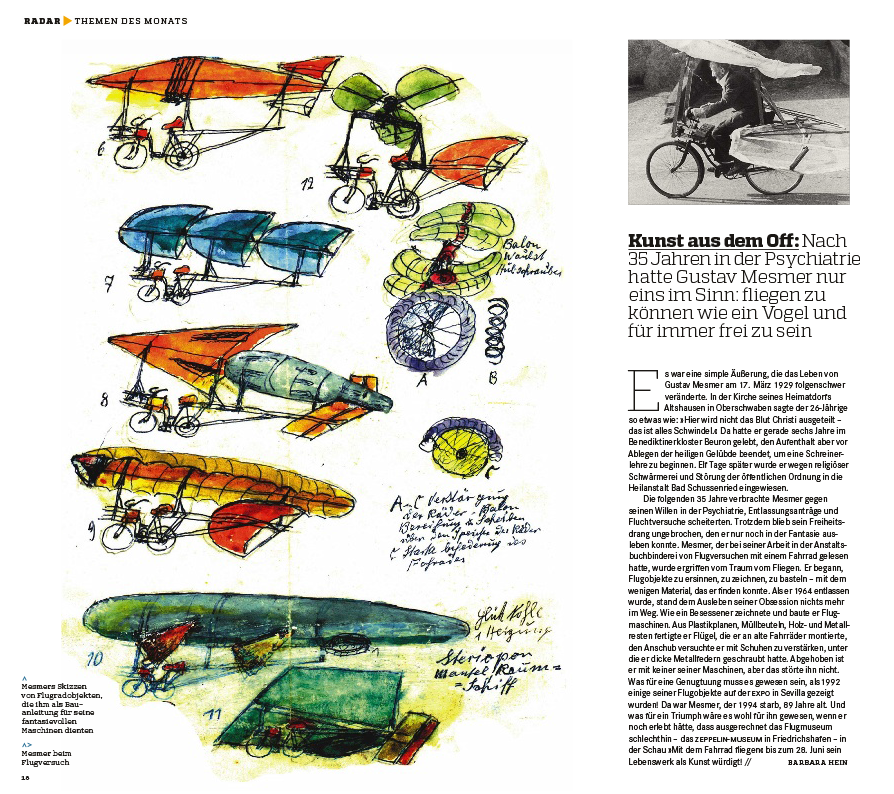 Curator Valérie Rousseau has gathered a loose group that spans nations and centuries but is united by sensibility and desire. The artefacts on display recall quirky adventures and spectacular obsessions. A few were produced by asylum dwellers suffering profound mental illness; the rest derive from eccentric creativity that spilled joyously out into the streets. Gustav Mesmer (1903-94), for instance, spent his life in pursuit of the airborne bicycle. He dreamt of flying from village to village in the Swabian Alps, powered by the pumping of his own legs and lifted by the wind in his homemade sails. His drawings and other small manufactured objects only hint at the grand design, captured in a charming video, where he dons a helmet and buckles himself into a contraption assembled from old tin cans, plastic bags and crooked nails that he straightened, one by one. A look of pure ecstasy suffuses his face as he tries — and fails — to take wing. He knows he will never fly, but the ceaseless trying yields its own exuberant bounty 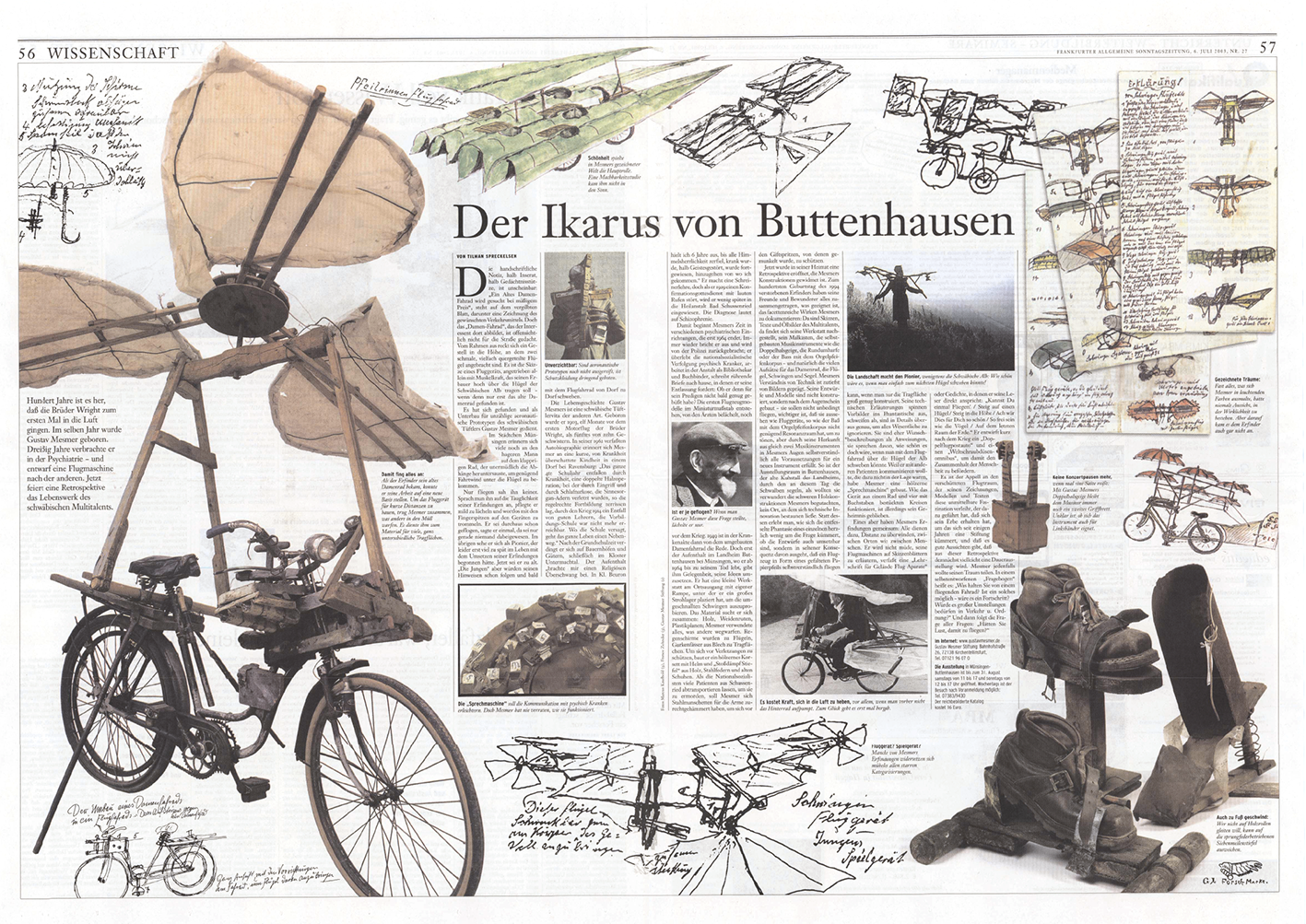